Hemphill, 96, referred to himself as a “Navy man” and was happy to be supporting a Navy focused event. 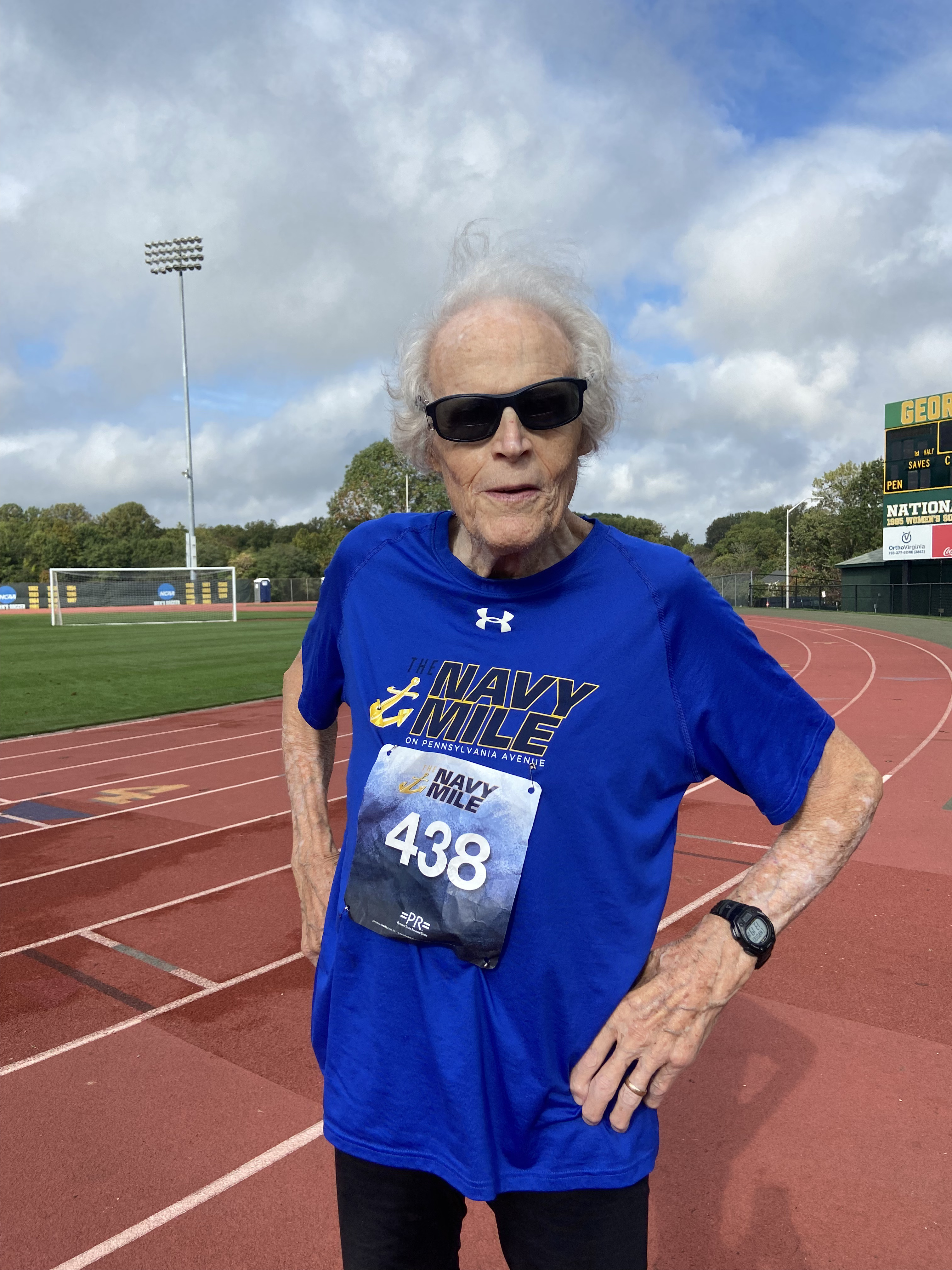 Hemphill came from a Navy family, and joined the Navy during World War II. He served on active duty from 1943 until 1946, and completed his remaining 17 years in the United States Navy Reserves. Hemphill will be traveling to Normandy, France next month with fellow WWII veterans. As a participant since its inception, the Navy Mile is proud to honor Hemphill for his dedicated military service, and his continued passion for running.

Connecting all ages and abilities is a key mission behind the Navy Mile. Hemphill states, “it’s never too late to start running.” Although he was a standout athlete in college, he didn’t get serious about running until he was close to 50 years old. Since then Hemphill hasn’t stopped competing, with highlights including the Boston Marathon and the 2017 USA Track and Field
Masters Indoor Championships. In 2019, the Navy Mile 70 and over heat was named in honor of Dixon Hemphill.

The Navy Mile is an annual event held in the two weeks prior to the Navy’s birthday in celebration of the Sea Services. The 2021 event saw nearly 600 participants from ages three to 96 representing 41 states. The Navy Mile is organized by the National Capital Council of the Navy League, and proceeds from the event benefit the US Naval Sea Cadets, the Navy Safe
Harbor Foundation and the C4 Foundation.