Washington, D.C. (October 6, 2019) — Sunday at the fifth annual Navy Mile on Pennsylvania Avenue, presented by USAA, the elite heats yielded impressive finishing times of just over four minutes. Daniel Herrera, 26 of New Orleans, Louisiana won the elite men’s heat with a time of 4:05, and local runner, Emily Limpari, 26, of Alexandria, Virginia was named The Navy Mile women’s elite heat winner with a time of 4:33. She edged out Heather Kampf, winner of the Bring Back the Mile 2019 Grand Prix and 2018’s Navy Mile winner, who placed fourth with a time of 4:43. Both first place winners received a $3,000 cash prize.

Modeled after the famous Fifth Avenue Mile in New York City, the Navy Mile is designed for all ages and abilities and is the grand finale race in the Bring Back the Mile Grand Prix Tour 2019 of one-mile races nationwide. The scenic race course stretches from the U.S. Navy Memorial at 9thStreet NW, down Pennsylvania Avenue to 3rdStreet and back again. Proceeds will benefit the U.S. Naval Sea Cadet Corps and Navy Safe Harbor Foundation.

Also placing in the elite male heats were Willy Fink and Josef Tessema, the 2018 men’s winner. Fourth and fifth places in the male elite heat were held by Mark Blackmon and Shadrak Keter who, at 18 was the youngest racer to run as an elite on Sunday.

Second place elite finishers received prizes of $2,000, third place $1250, fourth place $750 and fifth place $500. The top three female finishers were awarded a $500 bonus for breaking Heather Kampf’s 2016 course record time of 4:37.89. Although there was also a $500 bonus for the first male elite to finish sub-4:01.89, none of the male racers were able to squeak past the finish in time to break that record time set by runner Josef Tessema in 2018.

For complete results and more, go to NavyMile.com/results 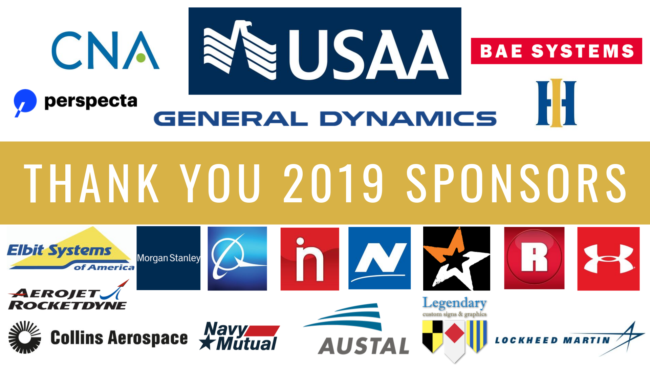 The U.S. Naval Sea Cadet Corps consists of two programs for young men and women ages 11-13 and 13-17. This training program, sponsored by the Navy League, provides classes and training sessions to instruct students on the Navy’s values, daily procedures and seamanship. Sea Cadets patrticipated in the day’s activities, both as racers and as volunteers.

The Navy Safe Harbor Foundation, based in Alexandria, Virginia, supports seriously-injured service members in the U.S. Navy and Coast Guard by providing non-medical care and coordinating resources to these individuals and their families.

Founded in 1902 with encouragement from President Theodore Roosevelt, the Navy League is the foremost civilian organization designed to serve, support and stand with all of the sea services – the U.S. Navy, U.S. Marine Corps, U.S. Coast Guard and U.S.-flag Merchant Marine. The National Capital Council of the Navy League is one of more than 240 councils around the world working to support sea service members and their families, the Navy League has three missions: to enhance the morale of active-duty personnel and their families; inform Congress and the American public on the importance of strong sea services; and to support youth through programs such as the Naval Sea Cadet Corps, Junior ROTC and Young Marines that expose young people to the values of our sea services.